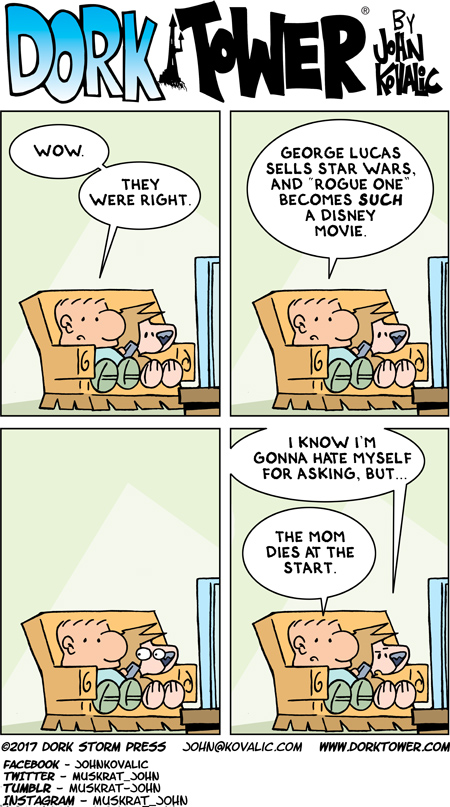 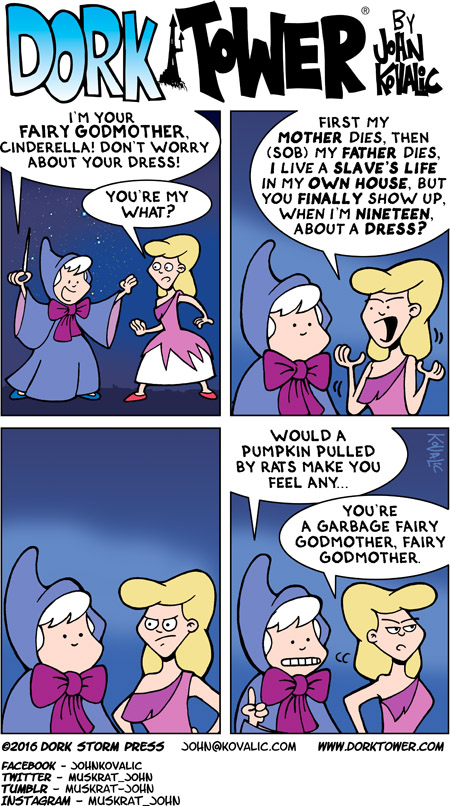 DORK ADDENDA: Some overseas readers have never heard the original joke. It goes like this:

Q: How does Batman’s mother call him to dinner?

(Click on the comic or here for a larger version of it!)

Click on the comic above for a larger version of it!

DORK ADDENDA: For those who don’t get the original reference (yes, I know I probably out-obscured myself):

There’s a semi-famous New Yorker cartoon from years ago that runs “On the internet, nobody knows you’re a dog.” (In fact, if you google “On the internet,” this is the first thing that comes up).

I wanted to use this, but I also wanted to acknowledge that, though the Panel 3 gag is a fairly silly one, many people wouldn’t get it, and it wouldn’t be nearly as good as Matt thought it was…

So, yes…just me being obscure and silly with something.

Wow. The original cartoon is 17 years old. I feel teh ancient…

(Today’s strip, it should go without saying, is with deepest apologies to @dog).