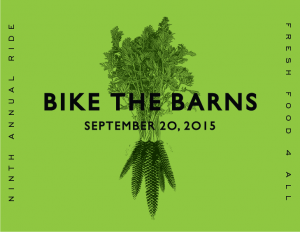 For various reasons, July was busy as hell.

Unfortunately, that put me behind in training for the Insane Charity Bike Ride 2015.

It also put me a month and a half behind plugging and hyping it.

It’s approximately six weeks until the ride…and I’ve lost six weeks of training. I’m trying to catch up now, but hoo-boy, this could hurt!

I’m also worried about my goal to raise $10,000 for the FairShare Coalition. In past years, the Army of Dorkness (YOU GUYS!) have been far and away their largest donors. The FairShare Coalition does great work, here in Dane County, supplementing low-income households by buying CSA (Community Supported Agriculture) farm boxes for them. So both the farmers and the families are helped.

Neil Gaiman penned a wonderful limerick for my Insane Charity Bike Ride 2014. This year, I’m illustrating it! (Pause here while John catches his breath and does not go screaming anything silly like “GUYS! I’M ILLUSTRATING SOMETHING NEIL GAIMAN WROTE! GUYS!” Nope. Act like a professional, John). 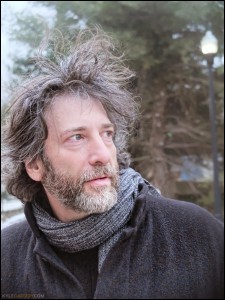 The only way you can see this hugely fun Gaiman piece? Donate to ride. Donate ANYTHING. Even the smallest amount you can afford will get you this, along with the updated EMBRACE THE SQUEE charity coloring book, now with new pages added! You’ll even get a chance to win one of five pieces of original Munchkin art!

Of course, if you can donate more, please do – there are lots more incentives this year!

The highest pledger also gets the original art to the Munchkin Charity Postcard for the 2015 ride, as well as everything else.

Here are the postcards from past rides: official and endorsed by Steve Jackson Games and everything! 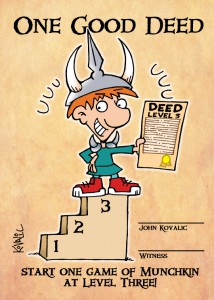 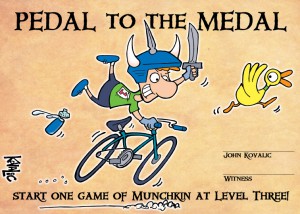 See how cool they are? See how you crave them? 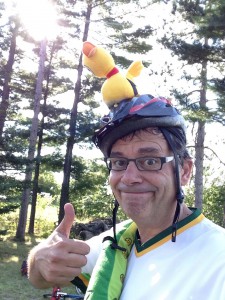 What? There will be stretch goals, too? YOU BET! As we hit various levels, I’ll add more swag, from more pals. And more humiliating things for me to wear while riding. I’m sure Andrew Hackard will think up something awful, again.

Look…not gonna lie. I’m panicked about this year’s ride. I’m behind schedule, and still not quite at 25% of my goal. I need your help here, gang! This is a great cause. Please donate, if you can. If you can’t, even helping spread the word helps!