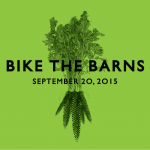 For various reasons, July was busy as hell. Unfortunately, that put me behind in training for the Insane Charity Bike Ride 2015. It also put me a month and a half behind plugging and hyping it. It’s approximately six weeks until the ride…and I’ve lost six weeks of training. I’m trying to catch up now, but […]