The drawings are from Munchkin Fu: Guest Artist Edition I drew last year. If I do say so myself, I think they’re lovely. 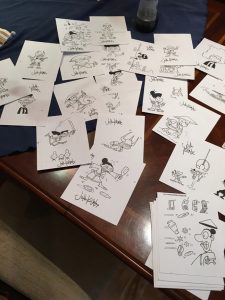 If you supported the charity ride at the $200 level or above (Or if you’re one of the folks randomly chosen from there backers), these will be on their way to you soon.

With luck, you may get “Drunken Master” or “Hong Kong Thong” – my two personal favorites. 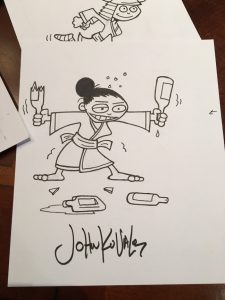 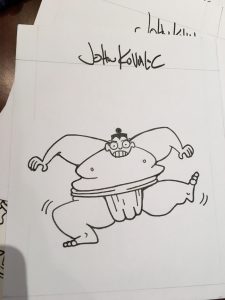 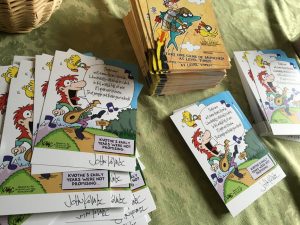 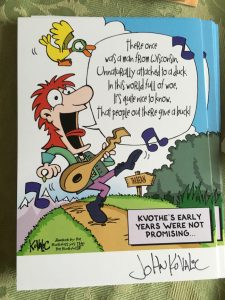 Business Manager Alex is now sending everything to Fulfillment Guru David. My guess is, between two and four weeks from now, these will begin arriving to backers. (I’d have loved it if they could have gone out earlier, but Munchkin Shakespeare kind of ate my brain for a couple of months there).

Thank you all SO MUCH for supporting 2016’s ride, and making it the most successful yet!

Where did I put that durned duck again..?