As the swag for the 2015 Insane Charity Bike ride was ridiculously slow in getting to people (completely my fault, for reasons I’ve touched on here before), I wanted to double-down, and make sure the swag for the 2016 event got out faster than ever before.

And it looks like it’s on track to do just that!

The Army of Dorkness buttons and the Cloisonné pins are done, and with Fulfillment Gurus David now. The Munchkin Charity postcards are done, printed, and just waiting to be signed…and then I send those off to David, as well: 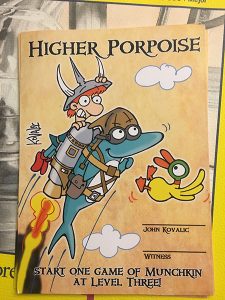 The last bit-o-swag is the Pat Rothfuss limerick mini-print, and that should go to press this week: 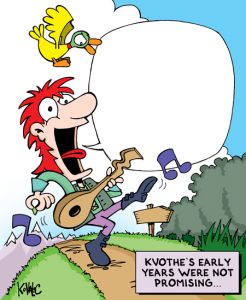 (Pat’s limerick will go on the obvious black space. Want to know what it is? Well, you shoulda backed the bike ride! KIDDING!  There’ll still  be a chance for you to see it – the uncolored version of the mini-print will go in the brand-new charity coloring book, which you can get by backing next year’s ride!)

Anyway, once the mini-prints come back from the printer, they go on to Pat to be signed, then I sign them, and then the 2016 swag is DONE!

Thank you all again for making the 2016 Insane Charity Bike Ride the most successful yet! And if production stays on target, it’ll be the quickest we’ve ever gotten swag pout to backers!