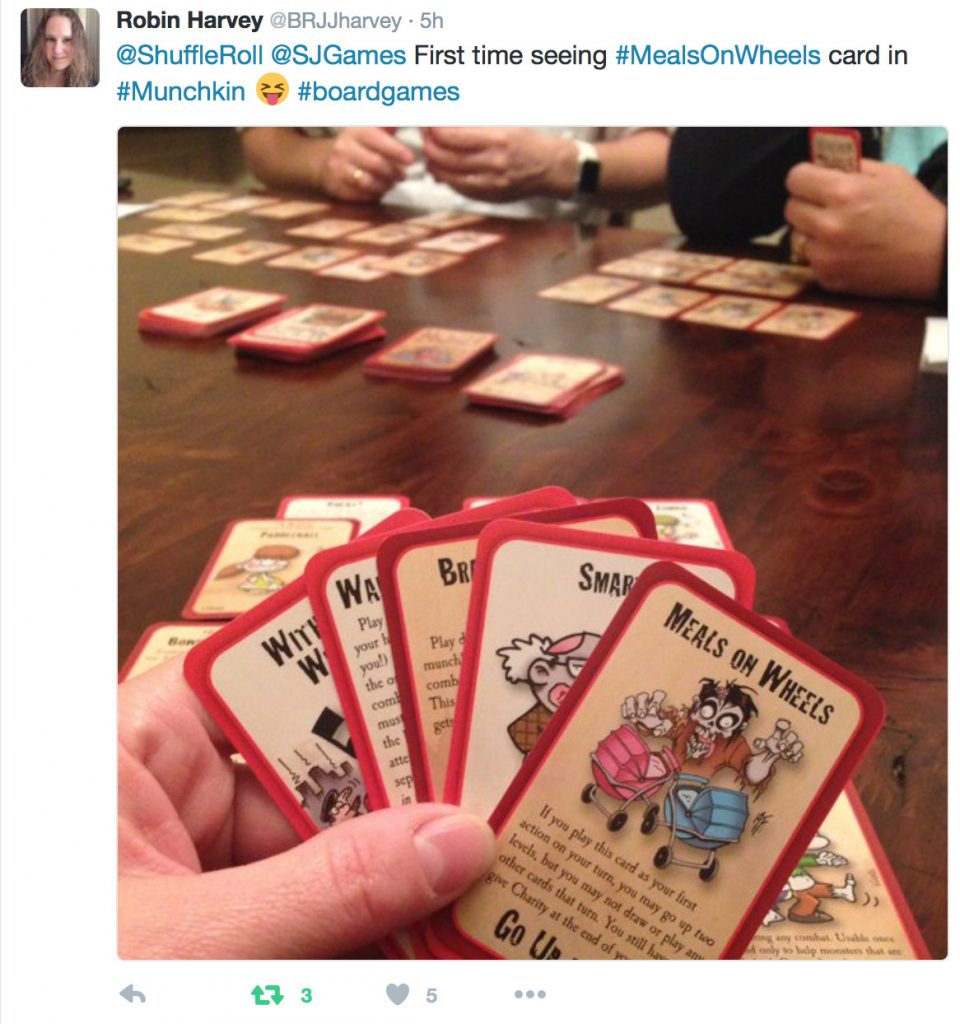 To which  Andrew Hackard, my great friend and Munchkin Tzar, responded:

It all came to my attention when the challenge was accepted:

I’ve drawn brains being slurped ala Lady and the Tramp’s spaghetti scene. I have become a master of the adorable macabre. But this card, “Meals on Wheels,” from Munchkin Zombies, was the one card – the only card – of those 5,000+ that I just…couldn’t…draw.

In the spring of 2010, Steve Jackson and I got together to hash out Munchkin Zombies’ art, and brainstorm ideas. Steve being Steve, he already had most of the cards ready to go, or at least well on the way. I was particularly interested in the character design behind the zombies themselves, so the opportunity to live-sketch with the Munchkin crew (I believe Phil and Andrew were there, as well) was welcome. They’d throw card names at me, I’d do some quick takes in my sketchbook, much laughter would result, and an enormous amount Amy’s ice-cream was downed. It was all great fun…until the “Meals on Wheels” side popped up.

I froze. And not because of the ice-cream.

Beneath it, this note:

For five or six years, Judith and I had been trying to have a baby. I won’t go into details, but nothing worked. It’s enough to say there were some heartbreaking near-misses.

For a few years more after that, we tested the adoption waters. Some of you may remember we got as far as traveling to a Siberian orphanage, which was an adventure – as well as a graphic novel I’d like to tackle, one day soon. But it wouldn’t have a happy ending: after years of stalling, the Siberian government shut down adoptions to American families.

Early in 2008, we discovered that – unplanned, unexpected, out of the blue, and to our utter amazement – Judith was pregnant.

It was an extraordinarily high-risk pregnancy, but (long, fraught, ridiculously nerve-wracking story short) specialists in Chicago and Madison got us through. In the autumn of 2008, our miracle daughter was born. 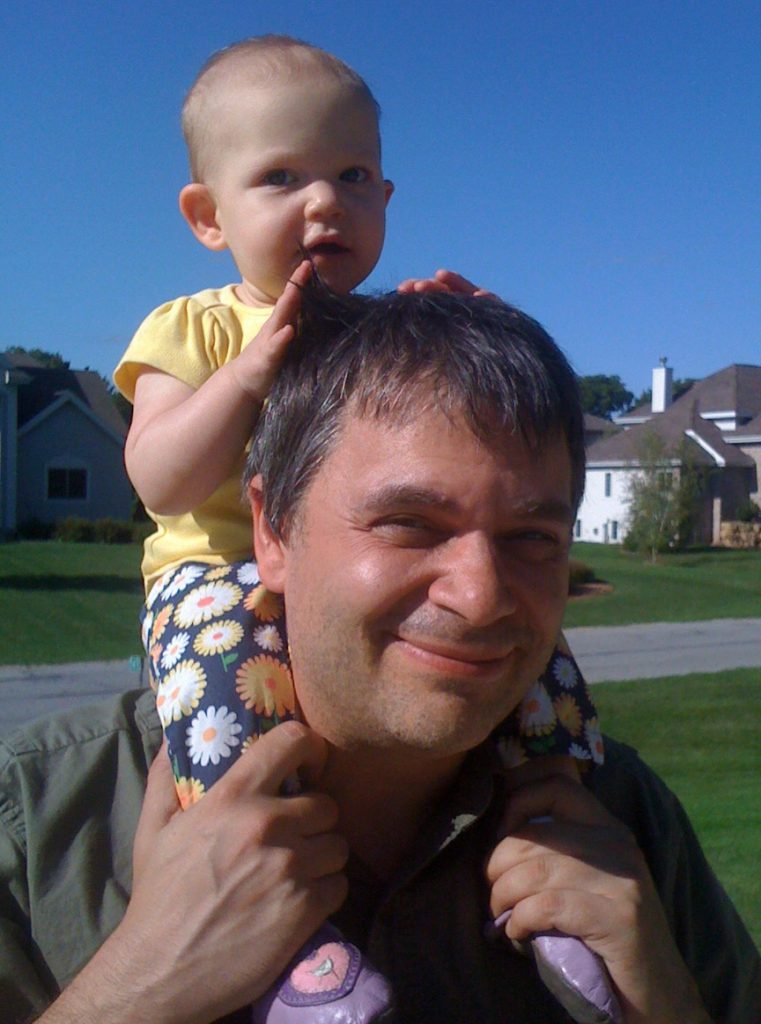 I’ve penned many awful things in my day. I’ve made many horrible things adorbs. “I Make Evil Cute” is the motto I’ve toyed with, for my business cards.

But the “Meals on Wheels” card? After all my wife and I had been through, on our roller-coaster ride to parenthood?

Parenthood’s a funny thing. It messes with you. Earlier that year, I published this strip:

I don’t think there’s a parent under the sun who doesn’t know what I’m talking about.

A baby being threatened, or a kid in even slight danger?

I’ll be the one cowering in the corner.