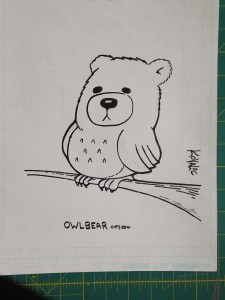 Or should that be “Inkto-BEAR” ha ha ha ha see what I did there?

Also, yesterday’s Inktober sketchy sketch: nothing against the good people of the Mattel corporation, who do great things with Apples to Apples, but nobody there seems to “get” how to draw the apple so well. 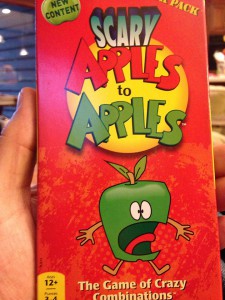 So, upon seeing “Scary Apples to Apples” at the store, here’s my #inktober sketchy sketch for yesterday: a TRULY terrified Apple. 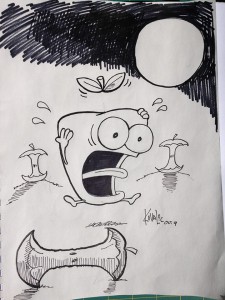 In other news (and I’ll seriousblog about this later) LOOK WHAT’S COMING FROM RENEGADE GAME STUDIO! Possibly as early as January! 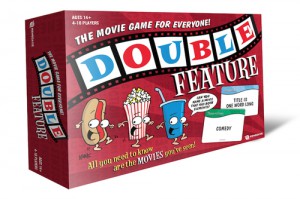