OK, guys – with four days to go until my 60-mile charity bike ride, we blew past $10,000 raised! This is, to put it bluntly, stupefying. And there’s still time for you to make a donation/pledge! 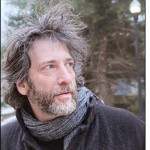 It’s a cause I’m proud to support, and the fact that the Army of Dorkness got behind me in a huge way this year is just ridiculously awesome. 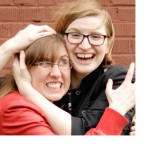 BUT WAIT, there’s STILL YET EVEN more! You’ll also get THE SADLEBAG OF HOLDING, currently consisting of pdfs of:

Not only THAT, but if you pledge $15 or more (PLEASE pledge more),you’ll get a VERY limited-edition authorized Munchkin Postcard of ONE GOOD DEED, which I’ll sign, letting you start one game at Level 3!

Also I’ll be doing the ride with a Duck of Doom on my head and plush tentacles strapped to my bike as originally promised NEVER FORGET THAT!

To say nothing of the fact that Republican Dalek will be live-mocking my entire ride on twitter. Possibly drunkenly so!

AS MY FOLLOWERS AND UNTAPPD BEER FRIENDS CAN SEE, I AM ENGAGED IN ROCKY-LEVEL TRAINING TO LIVE TWEET @muskrat_john‘S UPCOMING BIKE RIDE!

So there you go. This is the last update for my Insane 60-mile Charity Bike Ride. Sunday, it’s almost ride time.

ALMOST, but not quite. If you’d still like to support this great cause and/or get the swag mentioned above, YOU STILL HAVE TIME! I know, right?

I can’t thank you all enough for the support for this.

You guys are the best.