One last time: EVERYONE GOT THEIR CHARITY COLORING BOOKS BY NOW, right? 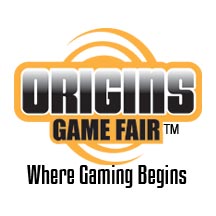 Me? I’m bouncing off the walls, at the moment. Because I’m packing for the Origins Game Fair in Columbus, Ohio, this weekend!

It’s a bit of an odd feeling, as I’ve not been to the show in seven or eight years, best as I can calculate.

I’ve always loved Origins, though – it was a perennial favorite of mine, while I was burning myself out on the con circuit those many years ago. So to be invited back at the Artist Guest of Honor is a huge deal, to me, and I’m all kinds of giddy about it. Many of my favorite memories from those years as a regular on the con circuit were forged at Origins, and many friends were made at the Big Bar on Two. Also, at the North Market. Looking at you, Jeni’s Splendid Ice Cream!

I’ll be at Origins Thursday, Friday and Saturday. (Sunday, being Fathers’ Day, I fly off home to be with my girls. I’d like to thank Origins for understanding how important being home on Fathers’ Day was to me).

I’m not sure what my official signing schedule will be, but for the most part, I’ll be hanging out at one of three booths: 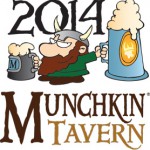 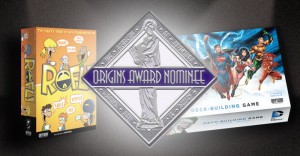 And then, of course, there are the Origins Awards themselves, Saturday night. I’d be lying if I said I wasn’t nervous as heck about ROFL! being up for Best Children’s, Family, or Party Game. Eeek! Eeek! Eeek! and other, manlier, expletives. 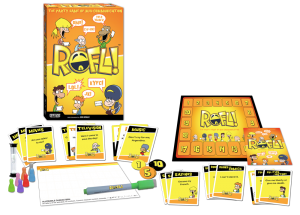 I’m less nervous about Dork Tower itself, up for another Origins Award, mostly because it’s up against the unstoppable juggernaut of brilliance, my pal Wil Wheaton’s TableTop, in the Best Game Related Publication category.

So anyway, I’ll try and post proper signing times and such here as I find them out. Pop back from time to time, won’t you?