I should be in Hannover, right now, getting ready for the big 20th anniversary party of Hannover Spielt. Unfortunately, the weather did not cooperate.

Most of yesterday afternoon was spent at Dane County Regional Airport, watching the weather reports from Minneapolis and Detroit. It made for fine television, really. Much better than watching cable news gesticulate and speculate on some awful, awful news stories that were breaking. But it also meant I wasn’t getting to Hannover today.

Instead, I’ll be at Hannover Spielt sometime early-to-mid afternoon, Saturday. Fingers crossed. My apologies to all, and please make sure Robin Laws does not drink all the beer.

Next week begins IT MUST BE MINE!, a review column I’ve been meaning to write for some time now. It will run on Fridays, and will be touching on things I love. On occasions, I may point folks away from something, but for the most part, I prefer writing about games and whatnot that excite me, and spark my imagination. If you’re a game manufacturer, a comic publisher, or just have something coo you want to sharel, feel free to send it along to:

I won’t be able to cover everything, but I’ll certainly give anything sent a look.

I was given a lot of leeway for the project. To me, the most iconic image in Pathfinder  was the cover of the main rulebook itself. 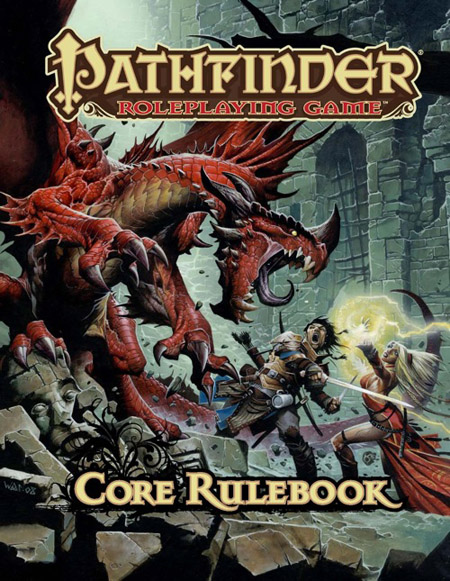 My initial idea for this was a simple one: have the Munchkin and Flower (the name my Daughter has given the female Munchkin from Unnatural Axe – YOU ARE WELCOME, STEVE JACKSON GAMES!) playing a game of Munchkin with the dragon on the cover. 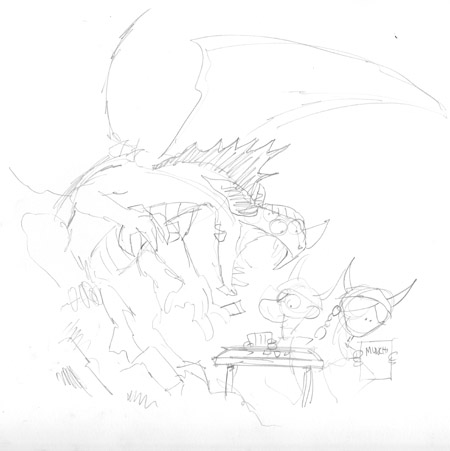 Click the above image, and you’ll see a larger version of it. Of course, you won’t see much more: my initial pencil sketches are extraordinarily rough, but in my mind’s eye, I tend to see what I need to see from them.

I sent a second, different, more detailed sketch of a battle scene, but the first rough was accepted so quickly, this one was never needed. 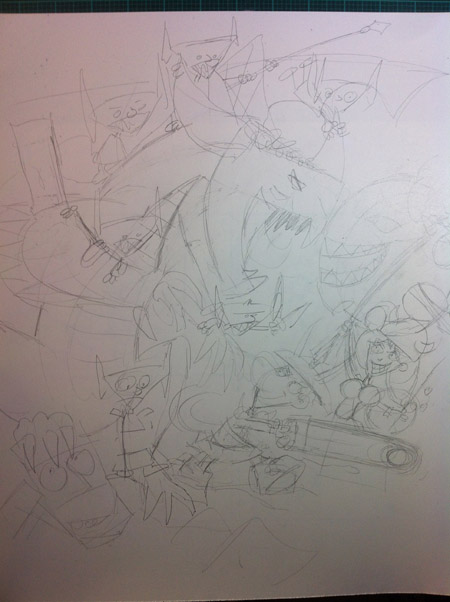 Anyway, once a cover is accepted, I sit down and do far more detailed pencils. To many artists, this would still be considered a “rough.” But I’m comfortable taking it to inks, at this point. Note the grid I used: I wanted to get the Pathfinder dragon as close to the original game cover as I could. This sin’t something I’d normally do, on a Munchkin cover. Also in homage to the original Pathfinder cover, Flower (SEE ABOVE) is no longer looking quizzically at the rules, but triumphantly playing the winning card! 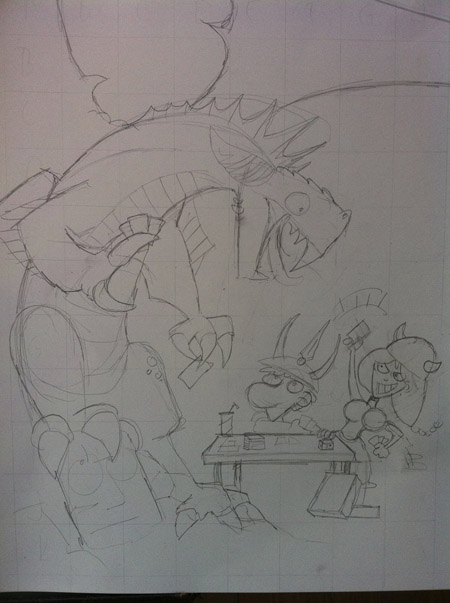 I tend to use smooth surface 2- or 4-ply Bristol Board for my work – this original is 17″ tall – a wonderful treat when so many Munchkin card drawings are a mere 6″ tall.

I have Mark Frauenfelder to thank for turning me on to the greatest pencil I have ever held: the Palomino Blackwing 602. For inking, the series of Faber-Castell Pitt Artist Pens give me the line control I look for. Long gone are the days when I drew Munchkin or Dork Tower or anything with Sharpies. Shudder.

The inking is my favorite part of any project: it’s when a piece either comes to life, or fails miserably. Fortunately, I’m at a point in my career where the wins outnumber the losses. But I still try and keep any energy or excitement I see in the pencils through to the inking stage.

And then comes the point where I scan it in, and send it to Steve Jackson Games.: 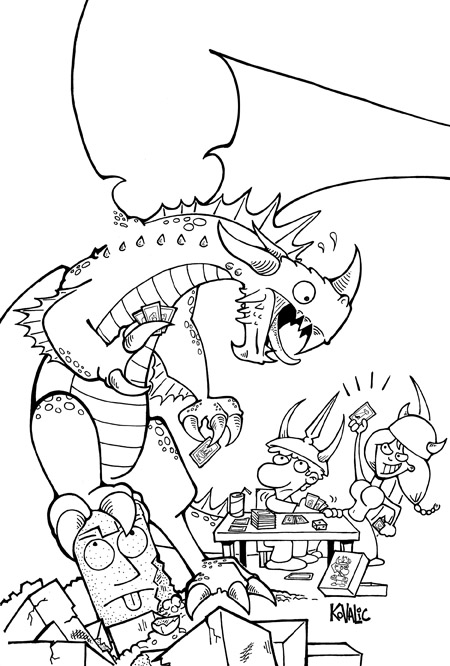 A couple of tweaks were needed (note the helmet and facial expression of the Munchkin), and someone thought Goblins should be added. In the end, my the cover art looked like this: 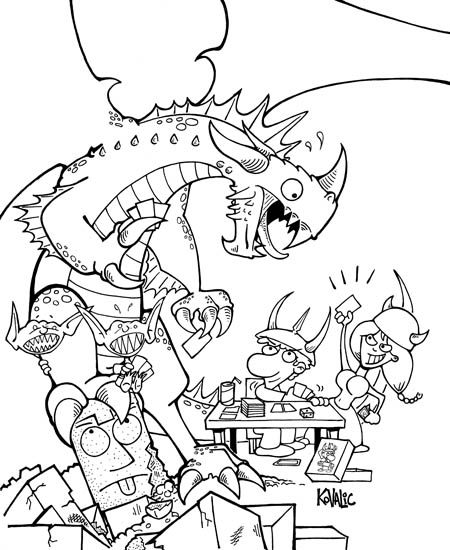 As I mentioned earlier, the real stars here live in Steve Jackson’s art department – it’s always amazing to see their color treatment of my drawings, and it’s an honor to work with them. 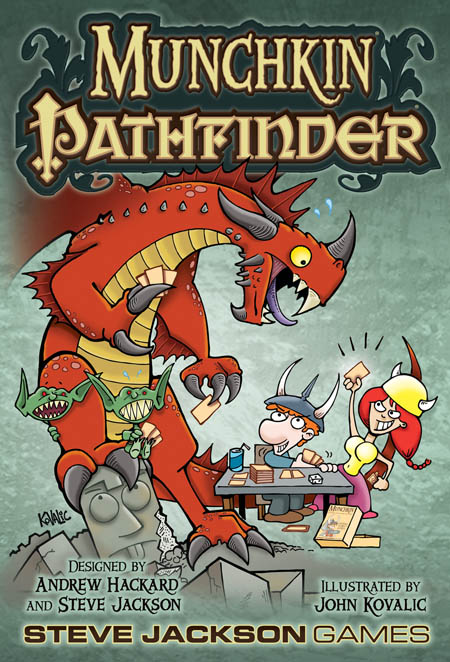 Munchkin Pathfinder is going to absolutely rock, thanks to the hard work of all those at Steve Jackson Games. For me, a large Munchkin project sees me drawing hundreds of cards on ridiculously tight scales. Being able to finish a drawing over a period of days – not hours – is more fun than anyone should be allowed to have.