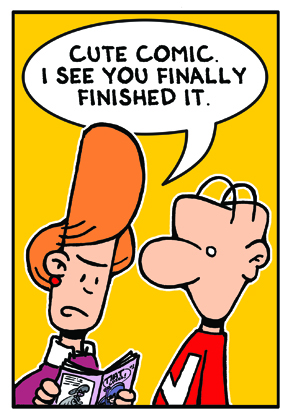 THE TAO OF IGOR was to have led into a Kickstarter for a 25th anniversary edition collection of the Complete Dork Tower, three large volumes taking the place of the ten now out there (five of which are out of print).

They would be better curated, and far better organized.

Of the many lessons The Tao of Igor kickstarter campaign taught me, however, the most important was, I am not even close to being ready for a project of that size, yet. Especially not on my own.

What I need are a couple of straightforward Kickstarters under my belt, before attempting something so ambitious. I’d also need a team around me, helping.

The book/books – whatever they are – need to be finished by the time their Kickstarter starts, and the PDFs need to go to backers the moment the campaign ends (assuming its successful).

The print timing needs to be far better coordinated with the distributors’ catalogs – comics distributors, in particular. Their orders need to be in around the same point the Kickstarter numbers are clear.

The books – the physical books – need to be in backers’ hands within couple of months, not years.

I was thinking about launching my second Kickstarter this Autumn, but now I realize late Spring 2023 would be far better, as there is so very much post-KS work that still needs to be done on the Tao of Igor (getting the book into stores and set up with distributors is just the start of it), along with so much left to digest, and learn from.

I had a couple of ideas I had for the next, more straightforward campaign – one where very little new material was actually needed. These would either be:

1) THE COMPLETE DORK TOWER WEB STRIPS. Some of these are collected in previous volumes, like Livin’ La Vida Dorka, Understanding Gamers and Go, Dork. Go! But as we near web strip 2,000, there are 1,600 remaining that have never been collected. The collected strips would run four or five volumes, to date, collecting either 400 or 500 strips per volume. There would be a new volume published every year. 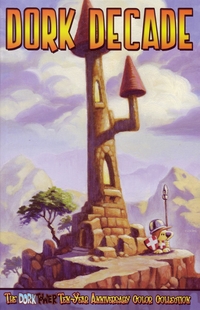 2) DORK DECADE REDO. The old Dork Decade volume was enormously popular, but has been long out of print. It was a compilation of the original Dork Tower strips from Shadis magazine, and most of the strips that ran in Dragon Magazine. The new collection would complete the Dragon strips, then either add a second volume, or another 150 pages to the single volume, to include the Game Trade Magazine strips to date. If two volumes, I might try slip casing them. But at that point it starts getting complicated again, and I need the next campaign to be as simple as possible.

What would your preference be?