In putting together the 2018-2019 DORK TOWER 20th ANNIVERSARY CALENDAR, it amused me to see how some old strips aged well, while others didn’t.

Here’s one from 2004 – the first of Dork Tower’s Comics Buyer’s Guide run.

I declared it a “Golden Age of Marvel Comics movies.”

But you have to remember how incredibly, almost purposefully, awful some of the superhero movies that came before truly were. 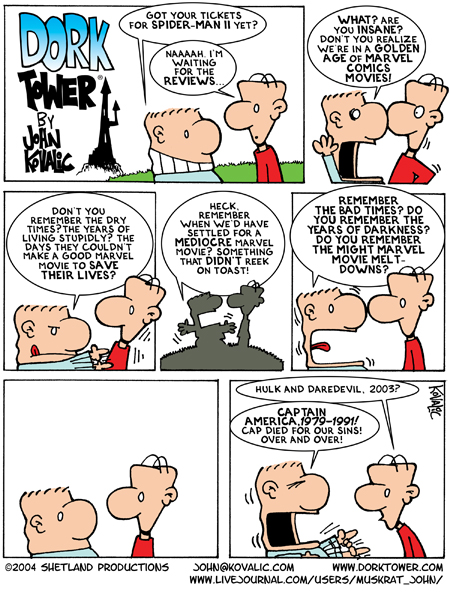 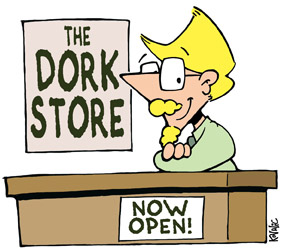