According to the great Gail Simone, it’s Cosplay Appreciation Day today. And who am I to argue?

I’m a huge fan of cosplayers: to me, as a creator, there’s nothing more flattering than watching someone put the effort into recreating your characters (though I’ve yet to see anyone lop off a finger for the TRUE Dork Tower/Munchkin cartoon look).

ANYHOO, I’ve done a non-zero number of Dork Towers about cosplay over the years.

Here are some of my favorites.

(And yes, that’s Gilly. And yes, she dyed her hair red just to cosplay Batgirl).

Anyway, lest you think I came to my appreciation of cosplayers late, here’s one of the originals…from June 1, 1999, when I’m not sure it was even called “cosplay” yet: 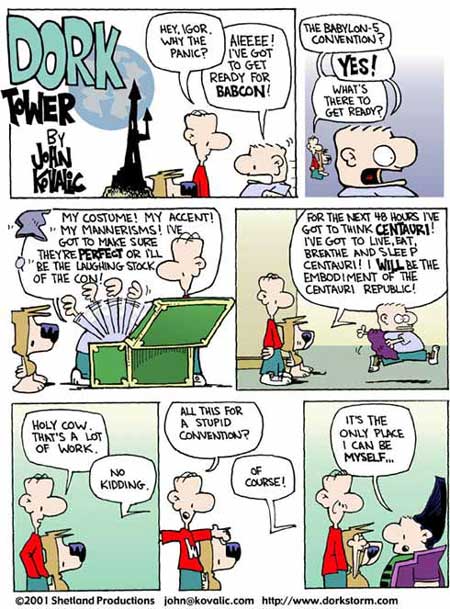 Have fun out there!