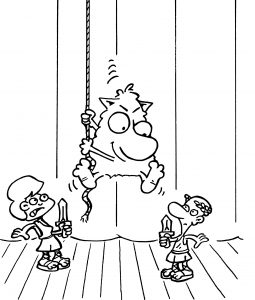 Hey, gang – I’m working through my schedule for 2017, and finally updates the Appearances page here at the mothership.

There may be some small cons added, here and there. There are definitely some big shows in late 2017 I can’t talk about yet – at least one in Canada that’s not been announced, and a couple of other overseas visits that are being finalized.

“Why don’t you ever come to XXXX?” some folks invariably ask. The short answer is: I haven’t been invited. It’;s up to the shops themselves, who they bring in. But there are many places I’d love to see – so if you want your local show to bring me to your neck of the woods, bug them! The Appearances page has all the info they need!

For the most part, I’m trying to travel a bit less, and get work done here at home. But for right now, if you’re looking for me in 2017, here are some off the places I’ll be:

Sometimes you walk away from a strip that’s not quire right.

And sometimes you fiddle with it throughout the day.

I fiddled with yesterday’s cartoon throughout the afternoon.

Here’s how a cartoonist overthinking a gag looks, at odd intervals: 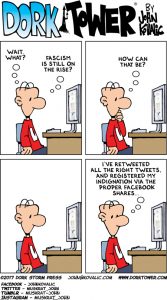 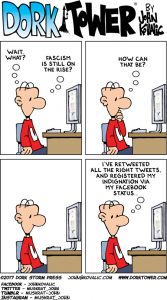 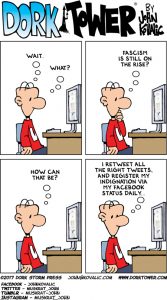 It never got quite where I wanted it to, but at least the third shot seems closer to what I was trying to get across than the others.