Since talking about where I am, metaphorically, last Monday, this seems a good point to go over where I’ll be, literally, over the next few months. 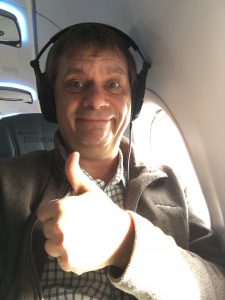 Mostly, I’ll be home, getting work done. Everyone’s happier, that way. But I will be popping over to a couple of conventions this summer and beyond.

I had to turn down cons in Croatia and England. They were both lovely, and I sincerely hope they invite me again, next year, when things are a little less crazy. Also, I more than likely won’t make it to Origins this year. Not San Diego Comic Con. Cue the wailing gnashing of teeth (from me, at any rate).

The places you can find me, though, include:

SOUTHERN FRIED GAMEROOM EXPO
June 10 – 12
Renaissance Atlanta Waverly
Atlanta, GA
Southern Fried Gameroom was primarily a pinball (!) expo, but is building a robust board gaming presence. I’ll be playing games and talking words as a Featured Speaker. More than likely, I’ll also be seeking out old Space Shuttle pinball machines…(NOTE: I won’t be at the show on Sunday)

GENCON
August 4 – 7
Indianapolis, IN
I’ll be spending most of my time with the Steve Jackson Crew, as part of the 15th Anniversary of Munchkin. I think I’ll be doing two signings a day at the booth, putting in appearances at the Munchkin Tavern, and in generally living the swank life of someone who’s spent the last 15 years drawing 5,000 Munchkin cards. But you could also talk me into a game of Double Feature from time to time. (NOTE: I won’t be at the show on Sunday)

BIKE THE BARNS 10th ANNIVERSARY
September 18
Dane County, WI
Registration will open Monday, June 20, 2016 at csacoalition.org, if you feel like joining in with the Insane Charity Bike Ride 2016!

WISCONSIN SCIENCE FESTIVAL
October 20-23
Discovery Building
Madison, WI
Plans are afoot for something fun I’ll be involved with, the Friday night of the Festival. Stay tuned for updates!

GAMEHOLE CON
November 4 – 6
Alliant Energy Center Exhibition Hall
Madison, WI
I love this show, and there’s some (relatively) big news about what I and other members of the Army of Dorkness shall be doing there. Take stock (that’s hint).

It would be nice to do another European show in the autumn or early winter, and I may be back in Brazil at some point. But a con a month seems reasonable. Doubly so, when you realize I was home only ten days the entire month of March.

Hope to see you somewhere on the road!