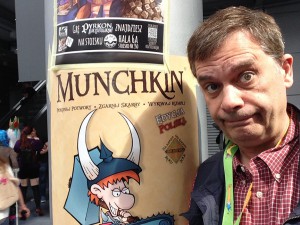 It’s been a while since I updated my convention appearances schedule. So here…we…gooooooooooo!

(I should have my Gen Con schedule firmed-up soon – I’ll probably be doing two signings a day on Thursday, Friday, and Saturday. One at the Steve Jackson Games booth, and one at the Asmodee booth. I fly home Sunday.)

There are a couple others on the docket, but they aren’t confirmed just yet.

As always, if you’d like me to come to a con or event, head over to the Appearances section of the web site. I do’t do a ton of cons – I try and keep a healthy balance between homelife and travel – but it never hurts to ask. OR DOES IT?

(I am hoping to make to more European conventions again, now that my sister’s back in England.)