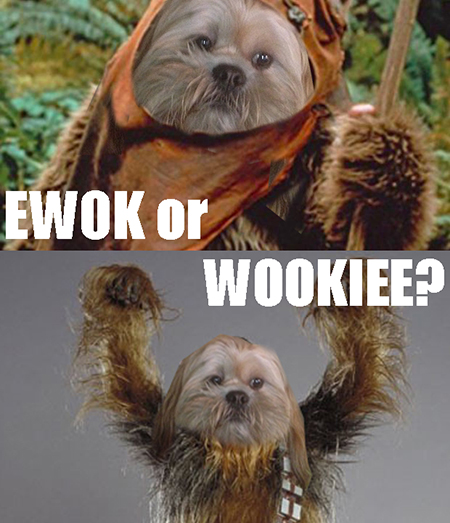 Last week, while staying with my pal Steve, I couldn’t help but notice his dogs , Lambeau and Lovey – LOOK, He enjoys football, OK? – bore a striking resemblance to…let’s not mince words here…Ewoks. 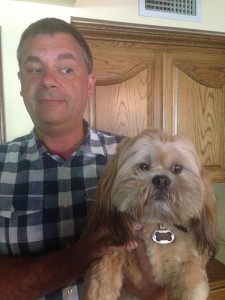 Excitedly, I took a couple of snaps, and sent them to my Ewok-Crazed Daughter, Age 5.

Seriously. She’s all about the Ewoks. When we watch “Return of the Jedi,” she makes me skip through all the boring Space-Battle-Emperor-Lightningfingers-Vader-Redemption bits to get back to the Ewoks’ story ASAP. She can name at least ten different Ewoks, and will list off their tribal positions. I know one, and always forget the “W. Warrick” part of Wicket’s name, at that.

So I was expecting squees of delight.

“DAD,” she said, in a tone of voice I didn’t really expect to hear ’til the teenage years. “That’s not an Ewok. That’s a WOOKIE.” 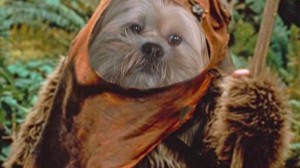 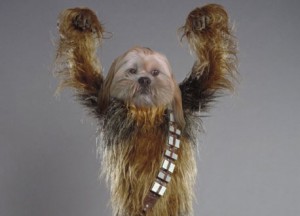 So. Who do you think is right? Is Lambeau an Ewok, or a Wookiee?

At least he’s not a Gungan.