I hit Arthur Bryant’s, as everyone said I should, along with Gates Bar-B-Q, as almost everyone else said I should. In my downtime, I also had Chili from 1919. So I’m going vegetarian for a week, to try 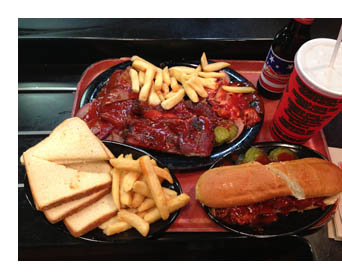 and balance things out, cosmically and karmicly. And possibly comically. But holy Hannah, I do believe I’m in love with Kansas City now.

It’s a gorgeous day, here in Madison. The grand kind of day that makes it good to be home after a long holiday weekend spent with family, with convention-goers, and ferrying messages between Pat Rothfuss and Neil Gaiman. Long story. Trust me. It’s only ninety-EIGHT percent as cool as it sounds.

But today is also the Madison Mallards home opener, so that makes it DOUBLE-DOG GRAND, and the official start to my summer. The point being: as they’ve done for the past six or seven years, the Mallards asked me once again to do a comic strip for their program.

As it’s been for the last several years, it was both a thrill and an honor, as well as an incredible goof.

And, as I’ve done for the last several years, I’m posting it here, for your viewing pleasure. 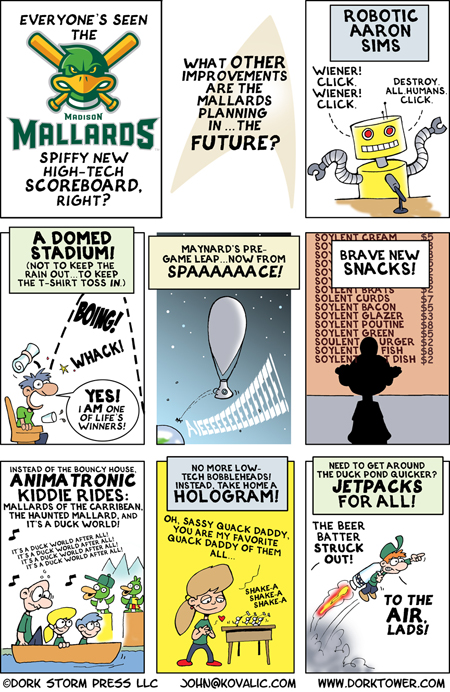 Some (“most”) of this will make little sense to those outside of Madison. So you might as well be confused in high-res. Click on the image, or HERE for the large version.

Now, lest it appear that the Mallards alone have my Local Sports-Lovin’ Heart, I’m also chuffed to hve been asked to do another poster for the Mad Rollin Dolls, this time for a Team Unicorn summer bout. Though, in all honesty, when Roller Derby sorts ask you for a favor, YOU DO NOT SAY “NO.” Trust me.

Anyway, here’s the start of the poster. It’s for a late-July bout, I believe. More info as it comes. 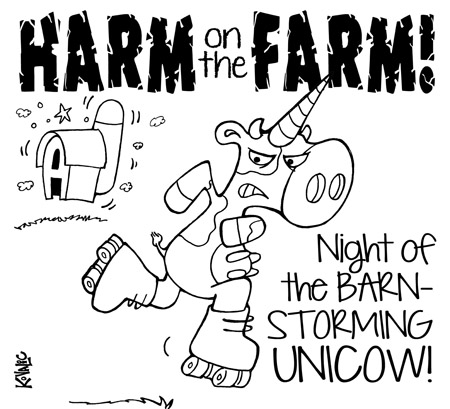 Some touch-up and coloring needed. I also wanna rework the “Night of the Barnstorming Unicow” bit. Hey, it’s a work in progress.

But still. Getting to draw a Roller Derby Cow-Unicorn Hybrid, ready to kick your ass?

TO THE AIR, lads!