The one-hour Flash Charity drive for the water tanks for the Haitian orphanage raised the the $700 needed…IN UNDER TEN MINUTES!

The cool thing about this?

The money will get to the orphanage today. The water tanks should be purchased this week.

And I dunno about you, but since the idea was hatched on GM’s Day, I’m nicknaming those water tanks Gary and Dave.

It was a far more emotional experience than I expected it to be. And let’s be frank…when you’re dealing with orphans who don’t have clean water, you’ve Feels-O-Meter is pretty primed, to begin with. But seeing the donations pour in from all over the world, I’d be lying is I said I wasn’t CUTTING ONIONS. YES. THAT’S IT! I WAS CUTTING ONIONS LIKE A MANIAC! MAKING A LASAGNE. FOR ONE! 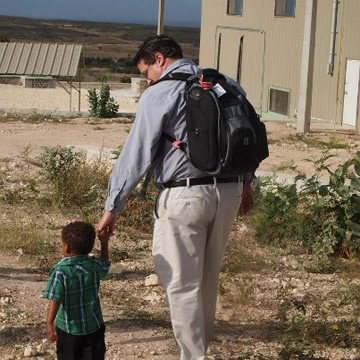 Sigh. Look. Really?  To me, the beauty of it was that you all had a direct impact on some kids’ lives. Nothing against giant charities doing amazing things with huge sums of money. At all. But there are 20 kids in Haiti who now get clean water.