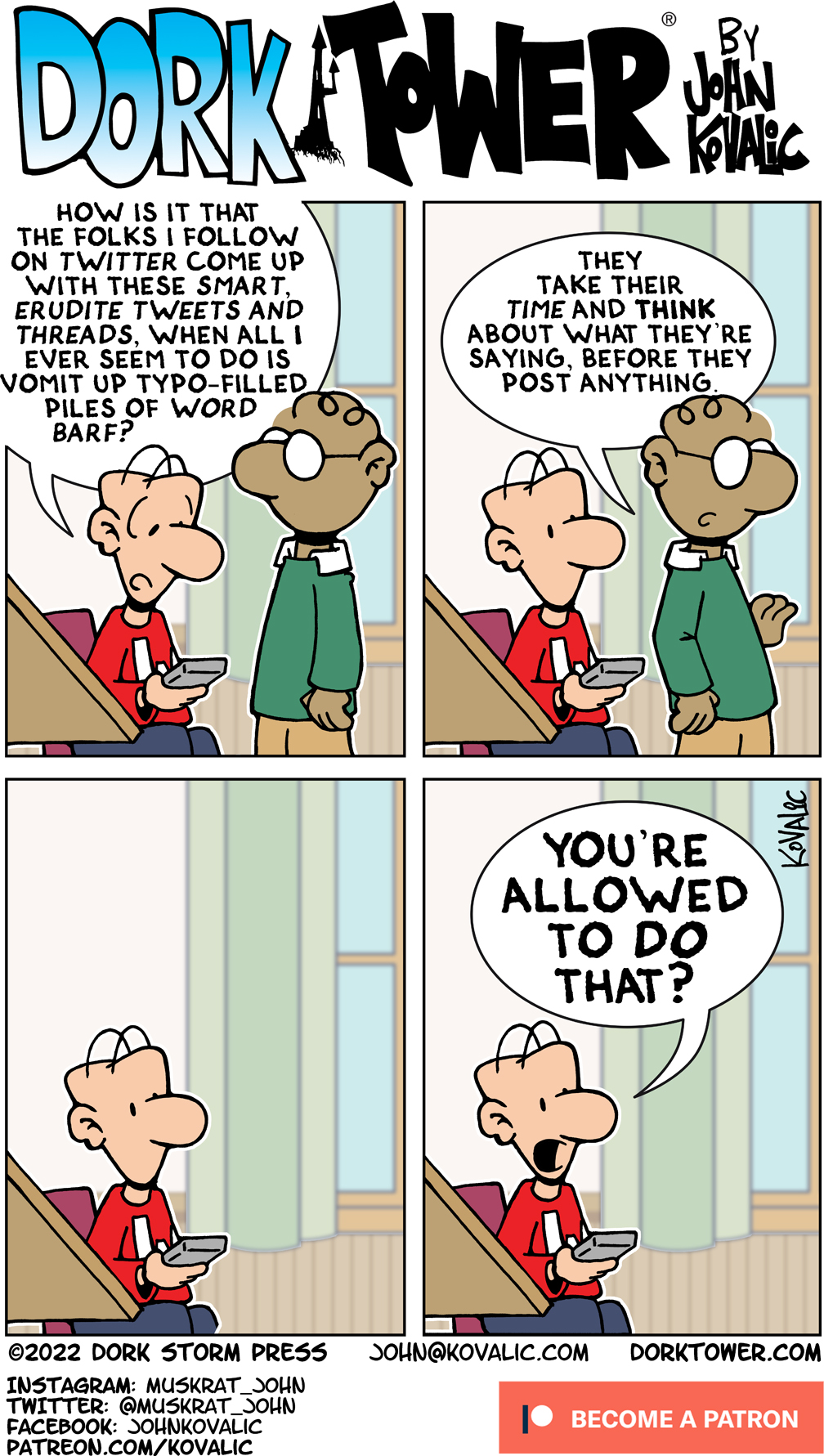 HEY! Want this (or any) DORK TOWER strip as a signed, hight-quality print?  Yeah, you do! YOU’RE JUST ONE CLICK AWAY!

DORK TOWER is updated three times a week, thanks to its generous PATREON supporters! Enlist in the Army of Dorkness today, and help!

OK…so I had this cartoon idea that I didn’t think would keep ’til Monday…so I drew it up quickly this afternoon, and here it is.

Then, thanks to some tweets that came in, I hit on another idea which could use almost the exact same template.

I wasn’t comfortable holding any of these cartoons until next week, but I didn’t have time for three separate drawings. So, I hope this didn’t feel too MUCH like cheating. Without reusing the art, there’d be, at most, one ‘toon up here.

Then I thought: heck, why not just publish the TEMPLATE ITSELF on DorkTower.com, so that you, too, could grab it and create an obscure Dork Tower cartoon, to run on Fridays, when nobody’s around to see ’em!

Seriously, yes, if someone sends in something good, I may run it here. Unless it’s far superior to what runs here most of the time (which is altogether too likely). In which case I’ll just crawl into a darkened corner and whimper. Or, as the psychologists put it, “be a cartoonist”).

(By the way – the Iran cartoons are about as self-deprecating as they get. YES – my Twitter Avatar is now green. YES, I feel about as empty and useless as ya get because that’s all I’ve done so far. And YES, I did get such an Twitter calling for an e-mail campaign. My first thoughts, indeed, went to Farscape and Firefly…)