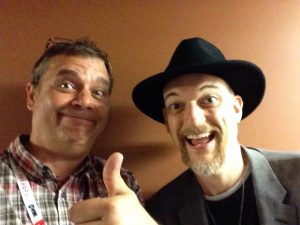 My friend – many, many people’s friend – Stephen Toulouse (or, as pretty much the entire world knew him, Stepto) died, last October.

Stepto being Stepto, he had already managed to cheat Death once. One-for-two is a far better average than most of us will ever know. Those couple extra years the world had him around is something to be particularly grateful for.

That doesn’t make his loss any easier, though.

If you’re in the area, this will be a must-see. Stepto was beloved, a force of life, and his was most absolutely a life to be celebrated. And it will be, gloriously.

It saddens me that I can’t be there, but I was honored to have been asked to help with the show’s poster.

I was comfortably sure my original idea was a terrible one: fussy and overly complex. I struggled with it. I wanted to get it right. So I called Stepto’s and my pal, Len Peralta, and we brainstormed, and laughed, and reminisced. Then all of a sudden, Len mentioned something, and the idea hit.

“You know Stepto’s favorite quote – his catchphrase – right?” said Len. “Be excellent to each other.” 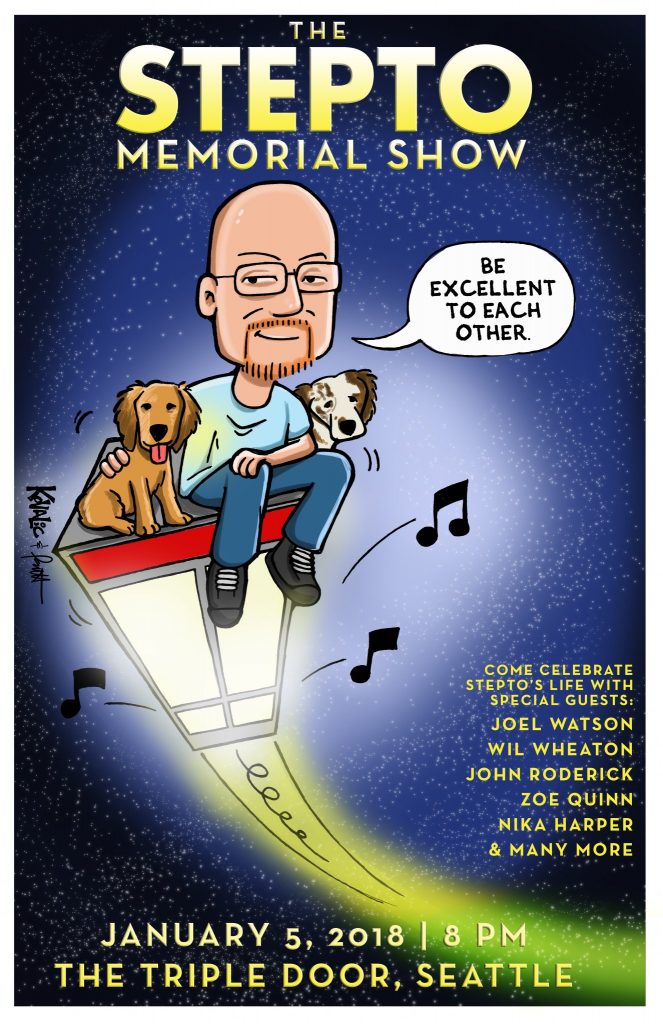 It’s like whenever Stepto’s pals get together, magic happens.

This poster will be available for purchase at the show, signed by so very many of Stepto’s friends, who will be making much magic: Joel Watson, Zoe Quinn, Wil Wheaton, John Roderick, Joe Louie, Mike Selinker, Nika Harper, Kiri Callaghan, Kymberlee Price, Tammy Fox, and possibly/probably others.

Tickets are available at the Triple Door website – again, a mob is expected, so get yours now – and the profits will be going to Stepto’s family.

Secondly, from now until the end of the month, Steve Jackson Games has authorized another set of Charity Munchkin Postcards, with all proceeds going to the family. 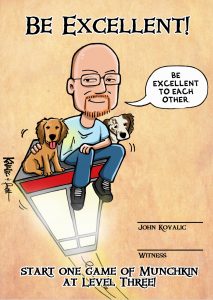 To get one, simply send $25 through Paypal via https://www.paypal.me/SteptoMemorial (make sure you mention this is fopr the Stepto postcard, and DOUNLE make sure you leave your mailing address).

Then a Munchkin postcard, signed by me, that lets you begin one game of Munchkin at Level 3, will be in the mail to you – yes, YOU – come February! (And yay, this offer included overseas supporters).

I will personally match donations with the first 20 postcards purchased ($500), as well: every postcard will see $50 going to Stepto’s family (but who wants to buy just one, amiright?)

As if these these postcards could get any better, Munchkin Creator Steve Jackson and Munchkin Tzar Andrew Hackard have agreed that, if you catch them at a con and get them to sign one, the postcard can be used again and again!

The postcard won’t be available at the show, as they won’t be printed until the first week of February. But just hit Paypal, and one (or more) will soon be winging its way to you.

Lastly, I will be auctioning off the original poster/postcard art, with all proceeds going to the family. I haven’t come up with a platform for this yet, but if you want to donate a Big Sum of Cash to a great cause, just get in touch until then! (The current bid is $260). 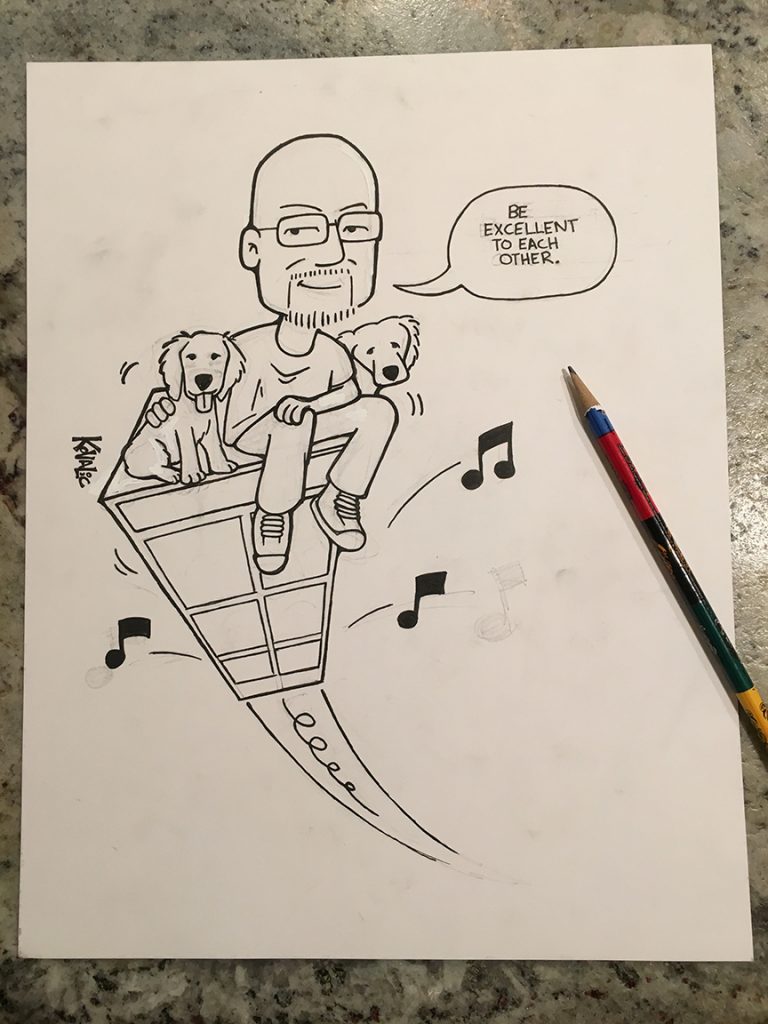 I wish I could be with everyone at the show – I dearly do – but more than that, I hope much is raised to help Stepto’s family.

Be excellent to each other, everyone!