Here’s the deal… with only three days left to go, we’re only about $1,500 away from the goal. For the first time in a while, I think we may be able to reach it.

This is, to put it mildly, astounding. You folks rock.

Now, I don’t want to count my ducks before they’re hatched, but here’s something grand:

The last two years of this ride, Neil Gaiman and Pat Rothfuss (along with many others) penned limericks for the ride, to help fundraising.

THIS year, if we hit the $12,500 goal.. Marian Call will create music to put those limericks to! Everyone who donates gets a download. I may even draw a “cover” for it.

There will be Call/Gaiman/Rothfuss music for EVERYONE! 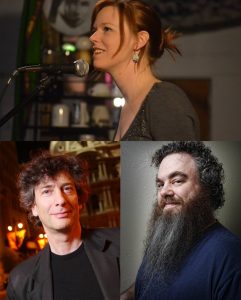 My gratitude to Neil, Pat and Marian is utterly boundless.

There’s still time to donate to a great cause! Any pledge at all will get you a download (and possibly much more). Every little bit really does help!

In yet more Bike the Barns news, Steve Jackson HIMSELF is adding a signed copy of Munchkin Shakespeare to the $250 pledge level.

So you’ll not only get original Munchkin art from Munchkin Shakespeare, but the game itself! 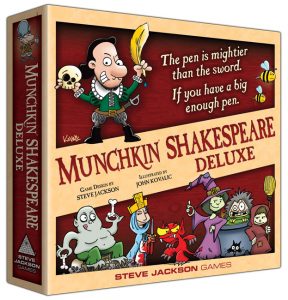 (Along, of course, with everything else at that pledge level – the Munchkin Charity Postcard, the coloring book pdfs, the Dork Tower trade paperback pdf, the Brief History of Gaming PDF, the mini-print, and the Dork Tower 20th anniversary cloisonné pin…and (assuming we hit the goal) Marian Call’s musical version of Neil Gaiman’s and Pat Rothfuss’ Duck limericks!)

Because there is so much swag at this level, and we want to make sure it gets shipped well before Christmas, 2017, this pledge level limited to 20 donors.

Gen Con – the Best Four Days in Gaming – has very generously donated a four-day pass to Gen Con 2018. It’s August 2-5, 2018. At the moment, the plan is to do a random drawing amongst all donors, once the pledge drive has ended.