Last year, I ran an adventure for my nieces and nephews, and it was grand. But that game depended on me hitting St. Louis, home of my brother’s family, and having all the kids in the same place, at the same time. As three of them are teens, that’s about as frequent an occurrence as a solar eclipse, celebrated with much the same epic song and poetry when it does happen. 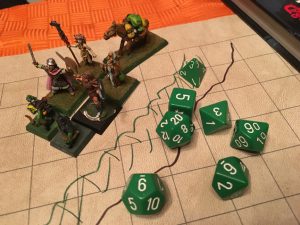 So when some friends in a monthly couples’ boardgaming group mentioned they’d like to take a stab at roleplaying (appropriate wording, that), I leapt at the opportunity (Athletics Check, DM 10).

I’ve been roleplaying since I discovered a small, white box with the words “Dungeons & Dragons – Rules for Fantastic Medieval Wargames Campaigns Playable with Paper and Pencil and Miniature Figures” on it, in the later ‘half of the 70s.

Before then, like so many other British schoolboys, 20 mm Airfix plastics were my gaming jam: in England at the time, Miniatures Wargaming rules could be purchased readily from major publishers in high street shops. So it was a short hop from lobbing rocks and going “bang he’s dead” with toy soldiers, to structured battles that calculated attack dice, defensive values and morale modifiers. 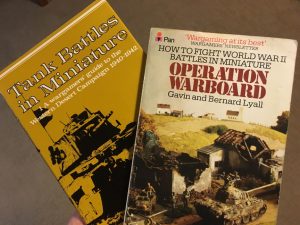 These are still books I cherish, even if I don’t crack them open that often. The names “Terrance Wise” and “Bruce Quarrie” still ring like giants, to my ears (Perception, DM 5). 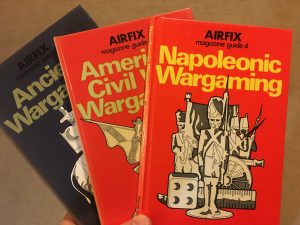 Boardgaming came next – I stumbled across a few SPI games by purest chance, while heading towards the 1/72nd scale tanks at a Beatty’s Model Shop that used to be in Bristol. Specifically, it was “Panzer 44” (SPI) that drove a Panther through my heart. 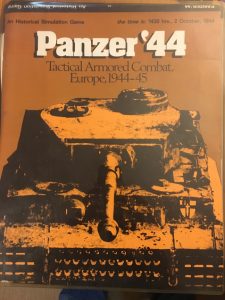 Somehow, I learned that things called “game stores” existed. There weren’t many in England at the time. There was a small one, in Bristol, where I discovered microgames like “Ogre” and “Rivets.” But I heard that there was a larger one in London…Hammersmith, precisely. Daling Road. Called “Games Workshop”…

Games Workshop, at the time, was a general gaming store – what would be called a “Hobby Store” these days. And it blew my mind. This panel from an early Dork Tower comic book sums up how it felt, stumbling through its doors for the first time: 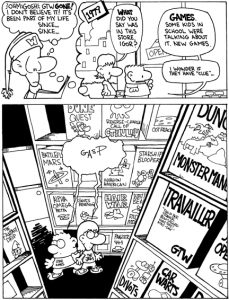 And that’s when I stumbled upon…this: 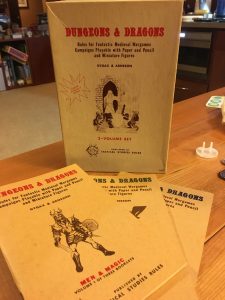 I formed my school’s first D&D club (really, just me and my mates) in 1978. I picked up Traveller at that same Hammersmith Games Workshop the summer of ’79 and played it much of my first (and only) year at Queen Mary College, when I should have been studying Astrophysics more. Or even some.

The last time I GM’ed was in the early 90s, with the Madison friends that would go on to form some of the core early Dork Tower stories. I’d run MegaTraveller, Deadlands, Call of Cthulhu, and GURPS Fantasy. A lot of people assume the early Dork Towers were based on a Dungeons and Dragons campaign. Nope. It was GURPS, at that time, a clean-cut system I preferred to 2nd edition. 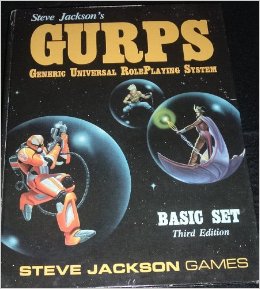 I’ve gamed quite a bit, in the last couple of decades. Boardgaming mostly – it just fits the time and company I have available. A little miniatures gaming here and there, mostly when my pal Chris Pramas comes to visit. And some roleplaying, with a group that graciously accepts my travel schedule, and doesn’t mind if I don’t turn up for weeks on end, at, say, the height of con season, or when emergency Munchkin deadlines hit.

I’ve enjoyed the heck out of D&D 3 and 3.5 (Wizards), as well as Pathfinder (Paizo). But I’d never want to run them. Too fiddly for my GM’ing style. Fourth edition? Not my bag at all (surprising, given my love of minis).

When I picked up 5th edition, my head exploded. It’s elegant, creative, and expansive. It’s both toolkit and sandbox, for me, and I couldn’t wait to run “Lost Mine of Phandelver, the terrific adventure – really, more of a mini-campaign – that came with the dang-affordable D&D Starter Set. 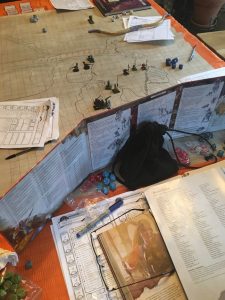 For the first time in nearly 20 years, I’m DM’ing a roleplaying game – Dungeons and Dragon 5th edition, as mentioned before. I’m buying and painting minis, I’m grabbing up supplements and adventures, I’m rolling out gaming mats, and setting up DM screens, and buying dice, and…and… 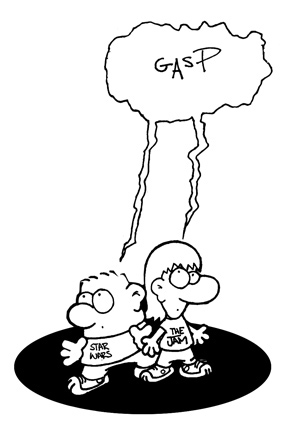