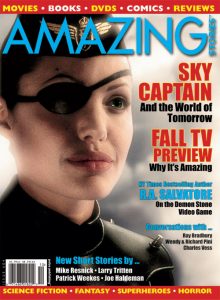 This being the 50th anniversary of Star Trek, I thought I’d do something unique and unexpected and run an old comic strip I created for Amazing Stories.

My editor at Dragon Magazine, the affable Dave Gross, landed the Amazing Stories gig, and asked me to come up with a strip. The idea was to chronicle the life of the average Redshirt in a setting that was in no way based on Star Trek and therefore not actionable, nope.

I quite enjoyed Redshirts. Not sure what directions it would have gone off on, had the magazine in that incarnation sadly not folded after nine issues.

Anyway, anyway, the point of this post is, I recently revisited these, and I sort of kind of…almost…like ’em.

So here they all are. (Click on the images for the larger versions). 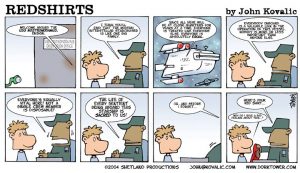 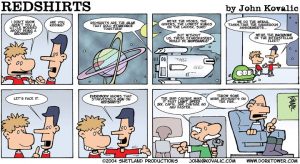 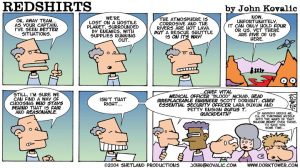 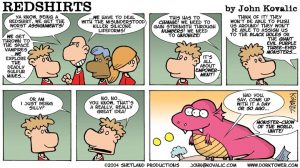 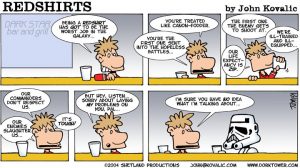 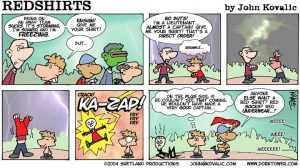 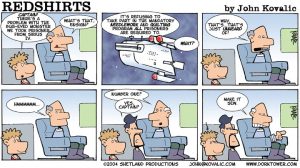 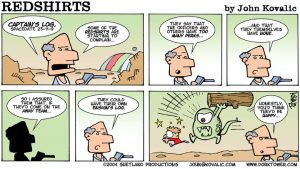 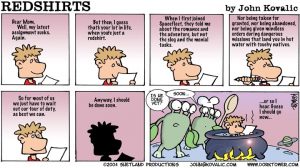