Now that I’m blogging a  bit more, I’d like to post about some of the great conventions I get invited to. I’m at an outstanding one right now –  Southern Fried Gameroom Expo.

The convention’s main focus is pinball and arcade games (I KNOW, RIGHT???), but they’ve started a tabletop gaming tack, sponsored, in part, by Geek Dad. Which is why I’m here. 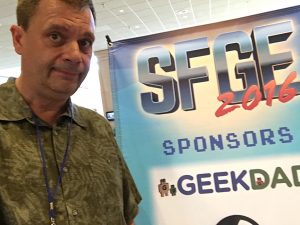 Southern Fried Gameroom Expo was kind enough to fly the Lovely and Talented Judith out, with me. They also gave me enough of a stipend that we could afford a ticket for Daughter, Age 7, to come along, as well. I can’t say this enough: doing conventions is great, but doing conventions with my family along, to share the experience, is a thousand times better.

Day One was tremendous. The Moon Pie, Coke, Apple Cake and peach included in the gift bags let guests know they were in Georgia immediately. I only had one talk today, so the treat for me was hanging out in the massive pinball and arcade halls.

I’ve never been to a show like this, before, and I love it. Five minutes in, and I came face-to-face with my greatest college love: Defender! 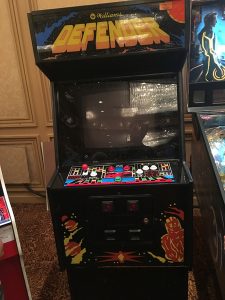 There are four original Defender machines in the halls, which gave me plenty of time to recreate my old college moves and re-blister my old college left index-finger. I’ve only made it past second-level a couple of times, so far, but it’s coming back fast. 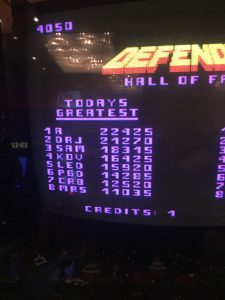 Another discovery: a classic Doctor Who pinball game, which was a blast. One of the finest pinball games I’ve ever encountered. 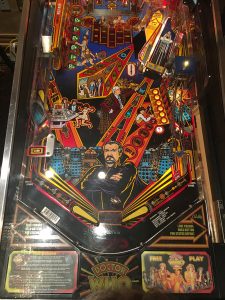 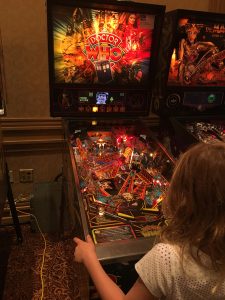 Although Super Mario Bros. was more her speed. 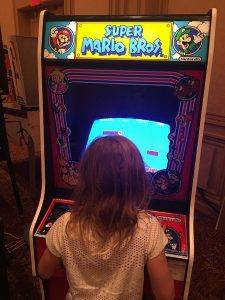 I’m not sure what Saturday’s crowds will be like, so we spent as much of Friday Classic Arcading while the Classic Arcading was good. An unexpected surprise – though – was running into Kyle Puttkammer in the tabletop gaming area. 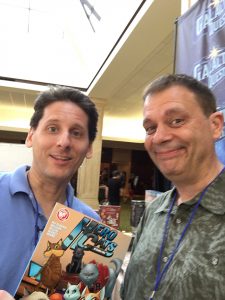 So we bought a Hero Cats hat, and got Kyle to sign a Hero Cats collection. Have I mentioned Hero Cats enough? Check it out. Action Lab Comics has a terrific line of all-ages books (including my pals Steve and Mark’s Ghoul Scouts)that should delight kids and their parents.

There are also some terrific restaurants near the con – nothing Capital “S” Southern that I could find (yet), but we did stumble across a terrific taqueria called Tacos La Villa not five minutes from the con, in a local strip mall. 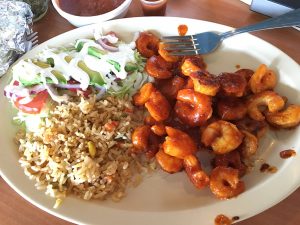 I’m having a seriously great time at Southern Fried Gameroom Expo. If you make it over, Saturday – AND YOU SHOULD – I’ve got three more events lined up:

But honestly, I feel like popping into some other panels as well.

Look for me there. Or in front of one of the Defender machines.