See You On the Other Side, Egon…

Like many of my pals, I was gutted to learn of  the passing of Harold Ramis. The New York Times possibly put it best, calling him an “Alchemist of Comedy.”

I was rushing, yesterday, and cartoons were taking far longer than they should. But I really wanted to draw him, so I did this very, very quick sketch of Ramis as Dr. Egon Spengler, from Ghostbusters. 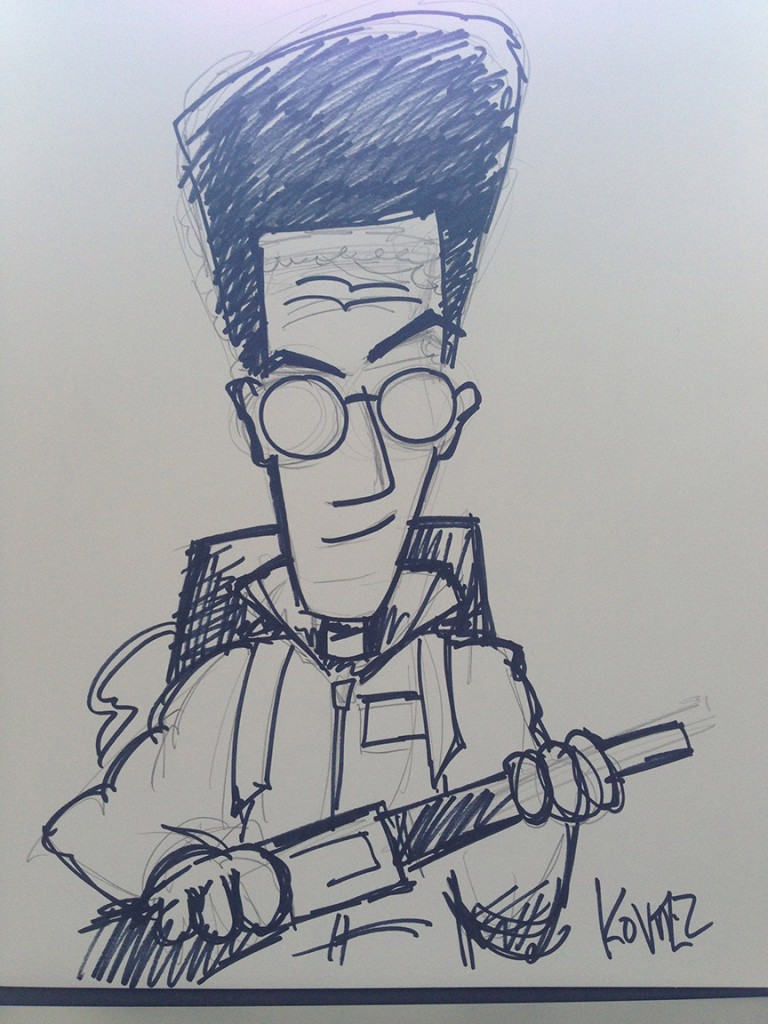 I’m no great caricaturist, and this was done in a few frantic moments, but I kind of like how it turned out.  If I find the time – and I truly hope I do find the time – I’d love to try and work it up, properly.

A friend on Twitter bemoaned all the many drawings of Egon being posted yesterday, popping up around the Internets like so many collected molds, spores and funguses – like a Twinkie, 35 feet long and weighing approximately 600 pounds.

Ramis was so much more than just Ghostbusters, my pal lamented. Which is true: Animal House; Stripes; Caddyshack; SCTV – FREAKING SCTV, people; Groundhog Day (particularly near and dear to my heart –  my wife and I first saw it on our first date. Best. First Date movie. EVAR!).

But we’re talking iconic-images here: there’s no simple way to encapsulate such a wide-ranging, impossibly influential career with a single doodle. At least, not when you only have a few minutes. So it was Dr. Egon Spengler that did it for me – and apparently every other cartoonist online.

Perhaps we all suddenly became Hack Editorial Cartoonists, drawing the very first thing that came to mind. And maybe, if I was getting a paycheck for it, that thought would worry me.

But I’m not. And this was on my time. And I really, really just wanted to draw Dr. Egon Spengler – to try and capture just a tiny bit of that sly, subversive, classic  grin.

And so did a lot of other cartoonists, online.

And so, yesterday, we drew.

Later that night, I was basing some old Warhammer 40,000 miniatures,  watching Ghostbusters, and drinking a Central Waters bourbon barrel barleywine. As you do. 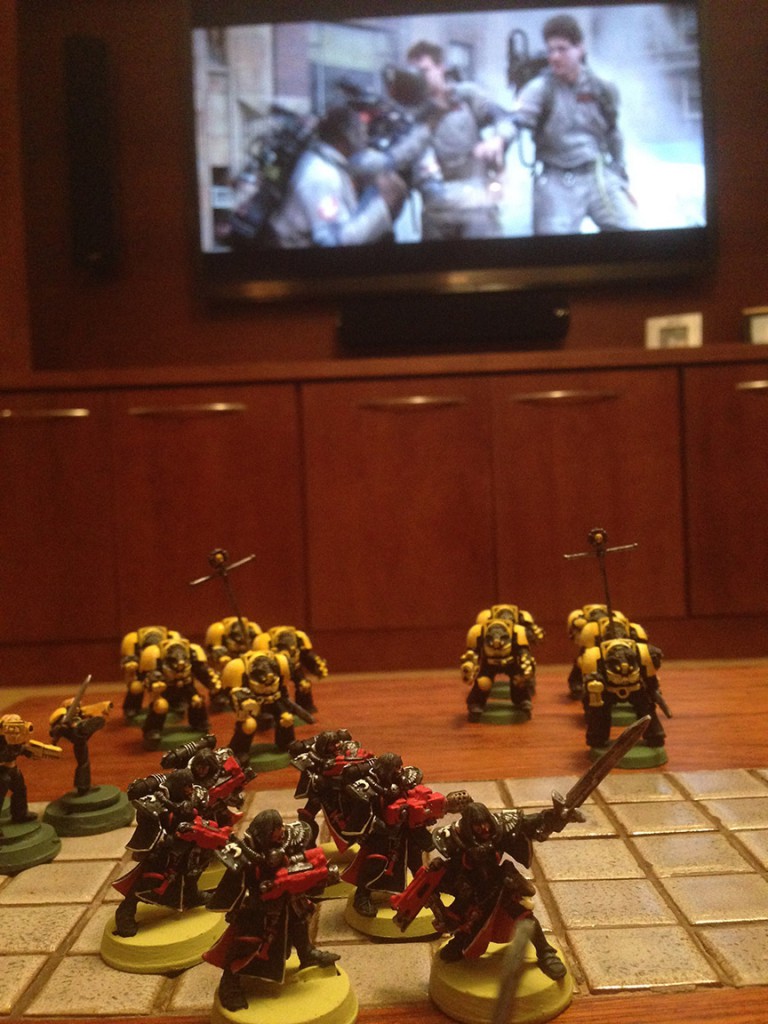 And now I want a Terminator squad armed with Proton Packs.