Twenty-four years ago, at the University of Wisconsin student newspaper offices of the Daily Cardinal, a really cute girl asked me to do a sketch for her, of one of the characters from my then-comic strip, Wild Life. So I did. (Did I mention she was really cute?)

I lost track of the girl for seven years, but met her again, by chance, one February day in 1993.

She told me she kept the drawing.

Cut to the present: I was unpacking some boxes just now, and it turned out she DID keep the drawing.

Here it is. Twenty- four years and one month later. 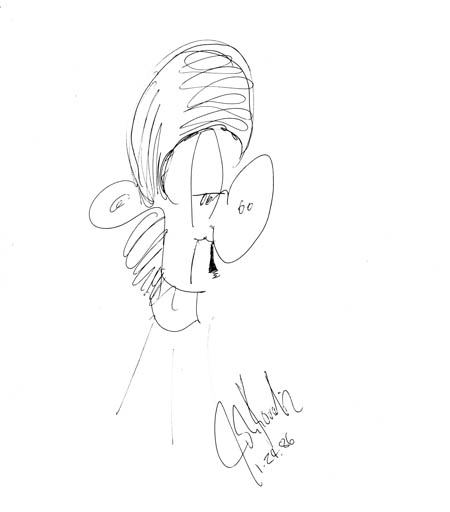 It was only a rough sketch. Done quickly, for a girl I thought was really cute.

Who became my wife, and the great love of my life.

I need to find a very, very special frame for this, tomorrow.