Well, as usual, there were a couple of things I forgot to mention concerning Origins. Top of the list was a great new Spaghetti Western card game I discovered called “Bang!” It does for The Man With No Name what “Munchkin” does for Conan the Barbarian. It’s right up there with Management Material and Battle of the Bands, that I raved about on Tuesday.

Anyway, next week I’ll post Convergence reports and pictures to the web site. But in the meantime, there are a couple of announcements, and a competition sponsored by Game Trade Magazine.

Upcoming Dork Tower Death March 2003 now include a mini-tour of England in August, as well as stops in Atlanta for Dragon Con, and a gig at Millennium Con in Austin in November!

San Diego ComiCon
Friday, July 18, 2003 – Sunday, July 20, 2003
San Diego, CA
I’ll only be doing signings at the Dork Storm.Adventure Retail/Atlas/Steve Jackson booth on Thursday, Friday and Saturday (I fly off Sunday morning), but they’ll be from noon to 1:30 pm each day.

Gen Con
Thursday, July 24, 2003 – Sunday, July 27, 2003
Indianapolis, IN
I’ve been fortunate enough to be invited to Gen Con as a Guest of Honor. I’ll be doing signings at the Dork Storm.Adventure Retail/Atlas/Steve Jackson booth from noon to 1:30 pm each day. The annual Dork Storm breakfast looks like it will be Friday morning again. More news on that as we find out details.

More British dates MAY be added, and I’m not sure what times these things will begin or end, but I’m sure looking forward to seeing everyone in the UK again. I’m also trying to get a Tour T-shirt made up, if anyone’s interested…

Now, as far as Cons in the Fall go, it looks like I’ll be at Essen in Germany again (October 23-26, although I may not get there until Friday, October 24). Then it seems probably that I’ll go from there to the Lucca show in Italy the following week (October 30-November 2).

Following that, I’ll be celebrating my birthday (November 24, thanks for asking) with the fun folks of Austin, Texas, at Millennium Con (November 21-23). This may include a charity Birthday Bash as the Salt Lick, one of THE greatest barbecue places around!

I’m still not sure if I’ll be able to make DragonMeet (London, December 13 — a very awkward date) this year, but I’ll try like heck! If so, that will also be the site of Dorkstock Europe again.

“Understanding Gamers” is printing now, Dork Tower 23 is shipping now, and it’s good getting comics back from the printer again. The new trade paperback may even make it to Gen Con! Huzzah!

OK. Here’s a real cool contest that requires you get a copy of the July Game Trade. If you can’t get a copy, e-mail Andrew Smith at Alliance and see if you can enter any other way. I’m not sure. but Game Trade is cool, so picking up a copy would be a Good Thing. Anyway, send all questions to my good pal Andrew at sandrew@diamondcomics.com.

There’s also an interview with me at their web site: http://www.gametrademagazine.com/

(By the way, I’m not sure about the “world-renowned” line below, but it’s their contest, not mine. I’m only drawing the characters. Grin.)

Your stats are monumental. Your achievements, legendary. You’ve amassed an impressive array of weapons, artifacts, and magical treasure through the spoils of your adventures, each adorned on your person both as a spectacle for casual passersby, and a warning to those who would choose to cross swords with you. Your reputation precedes you. Creatures of the dark tremble in fear at the mere whisper of your name, bards sing the tales of your epic escapades, aristocracy lavish you with accolades, and the people of the realms raise their collective voices in praise! Now, if only your character could have a portrait befitting his legacy, to herald his image in the annals of adventuring history!

Fear not, for your prayers have been heard and, if fortune continues to smile upon you, answered!

Imagine the envy oozing from your gaming peers when you show off your new “character portrait” rendered by world-renowned cartoonist John Kovalic!

After winners are chosen, 1st and 2nd place winners will be required to submit a copy of their standard character sheet, plus up to 250 words describing their character. The illustration will incorporate as many of the character’s items, and as much of the description as John Kovalic deems necessary.

The entry form will be in our July issue.

No purchase necessary to enter. Contest is open to continental U.S. and adjacent Canadian residents only. All entries must be filled out completely. One entry per person. Entries must be received by July 25th, 2003, which is the closing date of the contest. All entries become property of AGD. and cannot be returned. All local, state, and Federal taxes will be the sole responsibility of the prize winners. All prizes will be awarded. Prize winners will be drawn from all winning entries. Odds of winning are based on number of entries received. AGD. is not responsible for lost, late, misdirected, or damaged entries. Entrants agree to allow their entries to be published in Game Trade Magazine without additional compensation, as well as their name, photograph, and/or likeness to be used by AGD. for promotional purposes. This contest is void where prohibited, regulated, or restricted by law in a manner inconsistent with its purposes and rules. Game Trade Magazine, Alliance Game Distributors, or Diamond Comic Distributors LLC employees and immediate family are ineligible to win. (Sorry Todd!) 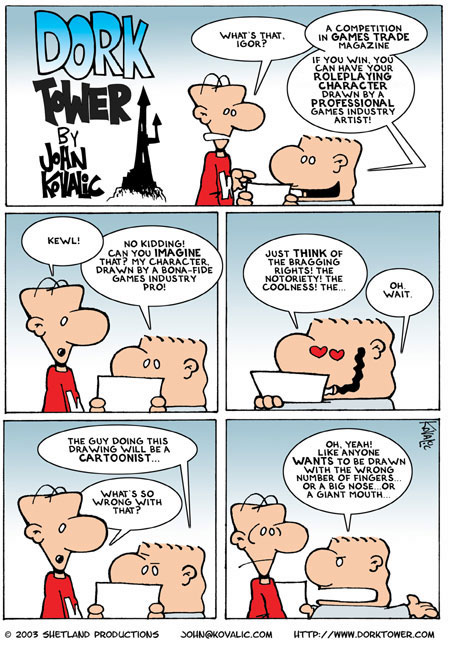