This week’s been very busy. Dork Tower # 16 came back from press, and is in some stores already. The reviews so far have been great, and I’m very happy with how it looks. I’ll be running some preview pages from it this week. I hope you enjoy them.

On top of that, Dork Tower #17 WENT to press this week. This is kind of a goofy April Fool’s issue, with a lot of craziness happening in it. In light of the fantastic reaction Dork Tower # 16 has been getting, I was worried how people would respond to the story in #17. But all the proofreaders have been wildly enthusiastic about it, and my wife, the lovely and talented Judith, nearly beat me because of the ending.

The two variant covers by Scott Kurtz on Dork Tower #17 look GREAT, and Greg Hyland’s work on the cover of Dork Tower #16 is just beautiful. I can’t wait to get the original artwork framed. 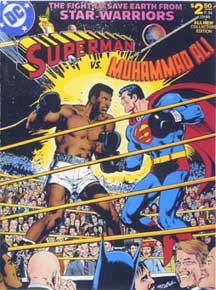 By the way…here’s the cover Dork Tower #16 is based on. Thank the brilliant Greg Hyland for the idea. It turned out far better than I could have hoped for. And check the background for Lethargic Lad and Dork Tower characters, plus a surprise or two.

For the most part, Greg drew his characters first. Then I added mine, then he finished it off, and colored it. Bonus points if you can guess which Dork Tower background character GREG drew.

Dork Tower # 17 is a full 48 pages, and also contains a HILARIOUS eight-page D20 module from Atlas Games: “The Sheep on the Borderlands” (yes, Igor’s module from the web series and Dork Tower #16 has been brought to life).

More big news: it looks like Dorkstock 2002 is actually going to happen! It will be mid-October, so mark your calendars now! More details soon!

Now, off for a quick stop at the GAMA trade show, and to finish up Dork Tower #18…