Life’s nice and quiet here in Madison. I’m still recovering from the convention schedule, and trying to get back into the discipline of drawing a page of the comic book a day.

Several folks have asked if the conventions went badly, based on Wednesday’s cartoon (now linked). Anything but. At Wizard World, sales were great. Almost as good as San Diego.

But in Dork Tower, Matt’s comic book is based on my experiences with WILD LIFE, my old syndicated/local comic strip. Back then, *nobody* seemed to care about my work. Oh, I’ve got a LOT of stories from those days to tell, with a lot of pain to share. Grin.

One thing I adore about my job are some of the seriously neat, geeky perks that come along with it.

I just found out that I’ve had planet named after me in Games Workshop’s phenomenal fun Warhammer 40,000 universe.

True, it’s a rocky, barren world where the population is wiped out in an Eldar attack. But still, it was kinda groovy. Previously, the only references to Kovalic I ever found was a character in Robert Heinlein’s "Stranger In a Strange Land": Dr. Olga Kovalic. She dies by page two. Literally.

So this is just really grand, in a dorky, fanboy kind of way.

The snippets of the planet’s last moments can be found in the "Attack on Kovalic" from the recently released Imperial Armor II supplement. Appropriately, the planet is an Imperial one, since I’ve been painting up an Imperial Space Marine army based on the Pittsburgh Steelers‘ colors (above, right). 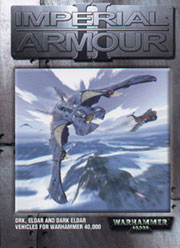 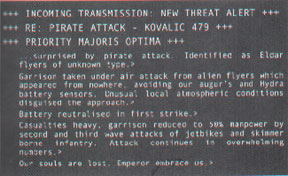 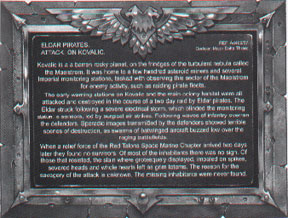 So there you have it. Immortality of a sort.

Time for me to finish painting up my army, I think. And to all my pals at Games Workshop: get ready for some payback when Warhamster is released.