…for about a week. Chicago Wizard World was great. We almost made as many sales there as we did at the enormous San Diego Comicon, and had a ton of cool, fun folks stop by the booth.

But I’ll tell more later. I’m exhausted. In the meantime, here are two highlights: meeting Erin Grey, of Buck Rogers fame (MAN, I had a crush on her when I was in high school) and having my wife, the lovely and talented Judith, show up Saturday and Sunday (MAN I’ve had a crush on her for the last eight years). 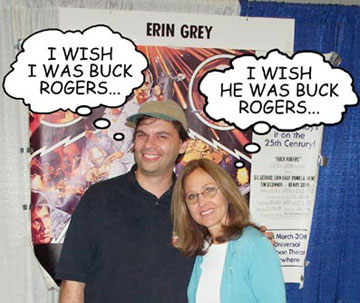 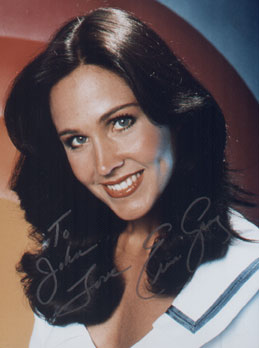 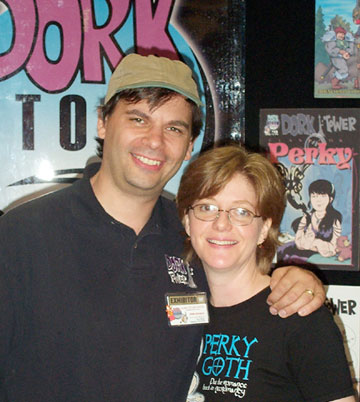 Next week Dork Tower should be back to a Monday/Wednesday/Friday update schedule online, with the occasional Saturday editorial cartoon, Unspeakable Oaf or Murphy’s Rule thrown in for good measure. Thanks to everyone for their patience during convention season. It’s been great, but it’s been gruelling.

Now, however, I nap.

PS. DORK SHADOWS got a great review at Cinescape, by the way. It’s very flattering, and garnered an "A" grade. Check it out if you’d like.