And speaking of awards, CHEZ GEEK won an InQuest Fan Award! The game won the magazine’s ‘Best Card Game of 2000’ title. MANY thanks to Steve Jackson Games for being a part of this very cool project. . . 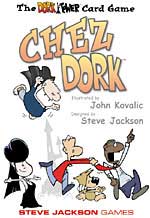 And speaking of Steve Jackson Games, MUNCHKIN is in stores soon! It’s at the printer now, and if you liked Chez Geek, you’ll LOVE this. Here’s the lowdown:

"Go down in the dungeon. Kill everything you meet. Backstab your friends and steal their stuff. Grab the treasure and run.

The game was a huge amount of fun to work on, and it was a massive thrill being the sole illustrator on a game designed by Steve Jackson. In fact, I can honestly say this is one of the greatest honors I’ve ever had. Here are some card samples: 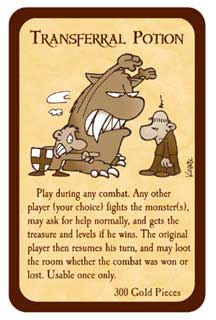 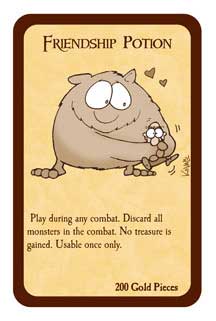 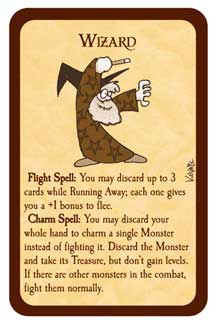 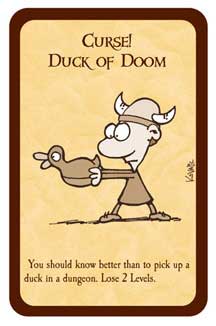